Queenstown Research Week is New Zealand’s biggest annual scientific gathering.  It is a week of co-ordinated meetings covering a wide range of areas of science.  The concept has developed from three different iconic New Zealand scientific meetings the Australasian Winter Conference on Brain Research, the Queenstown Molecular Biology Meetings and the NZ Medical Sciences Congress (Medsci).  These meetings agreed to co-ordinate their meeting programmes in order to create critical mass.

The Queenstown Research Week concept has allowed us to add a diverse range of satellite meetings every year that allow focused meetings for specialist areas of the New Zealand science community.  These meetings bring together well over 1500 participants every year and feature presentations from some of the world’s leading scientists. The registration policy means that registering for one meeting allows participants to freely attend any of the other meetings being held at the same time so maximizing potential for inter-disciplinary interactions.

The constituent meetings in 2019 are

MedSci aims to be the premier meeting in New Zealand focused meeting bringing together experimental and clinical scientists. The philosophy of MedSci is that each of the participating societies host their own sessions, with joint symposia and plenary lectures, featuring overseas and national invited speakers. Between sessions, all delegates will be encouraged to come together for refreshments, allowing maximum opportunity for interdisciplinary discussions and networking.

QMB is run to promote the molecular bioscience and to organize high level scientific meetings in New Zealand on subjects related to molecular biosciences in their widest sense. The meeting has been held annually since 1991 and in recent years has also featured a range of highly successful focussed satellite meetings. This year there will be six such meetings. The meeting is run by an incorporated society and membership of the society is open to any New Zealand scientist with an interest in the field of molecular biology.

Australasian Winter Conference on Brain Research is New Zealand's premier neuroscience gathering. Each year the conference attracts participants from Australia, Europe, Japan, New Zealand and North America. All participants are encouraged to present a paper and we will create symposia to accommodate papers as necessary. Our purpose is to encourage interaction between a wide range of academic and clinical brain research disciplines including anatomy, biochemistry, kinesiology, neural modelling, neurology, pharmacology, physiology, and psychology. To obtain an idea of the range of topics covered in recent years, go to the Proceedings link on the Site Index.

Overall co-ordination of meetings is through the Queenstown Molecular Biology Meeting Society Inc.

QMBS is a charitable society whose aim is to promote the discipline of molecular biology and to organize high level scientific meetings in New Zealand on subjects related to molecular biology. The primary aim has been to run the Queenstown Molecular Biology Meeting which has been held annually since 1991. Membership of the society is open to any New Zealand scientist with an interest in the field of molecular biology. The annual general meeting is held annually at the QMB meetings. The society is managed by a committee (for details of current members see Contacts).

Current Chairman of the committee is Professor Peter Shepherd. The society encourages feedback about the meetings it organizes and suggestions for future meetings. To do so please email the chairman. 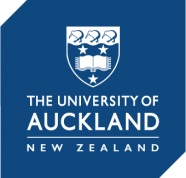